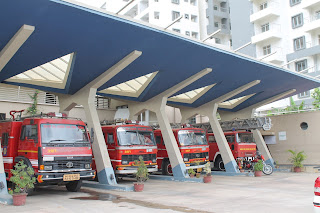 We were driving past the Sarjapur Road Fire station and Rain Water Harvesting specialists Vijayraj and Michael Baptiste decided to make a stop to show me the facility that they had set up. This is in water starved Sarjapur where all around like locusts water tankers were rushing around carrying water to the hundreds of flats which have sprung up across the area. 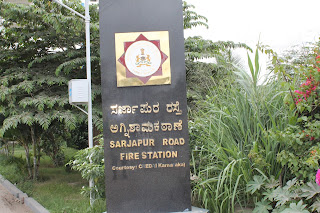 This is a small station unlike the massive places we are used to in old Bangalore. Built in a modern style where the shelter for the fire engines is very futuristic, like something out of the cartoon characters, the Jettsons. 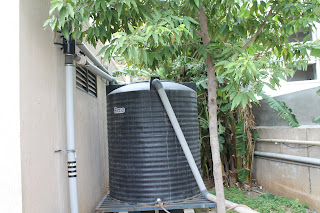 A massive ten thousand litre tank stood behind the main building into which the rain water from the entire roof poured into this tank. The water was directed into a large filter, which first threw out the dirt like leaves and other debris, before it allowed the water to flow into the tank. 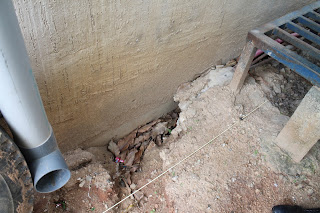 Check out the picture and see the leaves from the nearby champak tree first removed by the filter before the clean water flows in. 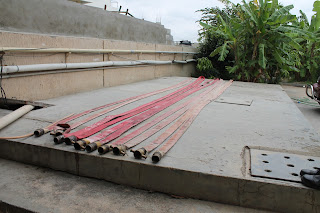 But as Vijayraj explained in detail, even the run off once the tank was full was not lost. Pipes took the over flow into a massive underground sump where not a drop of water was lost.

For a Fire station in a water starved area is definitely a positive step to harness the rain and a positive step towards a sustainable solution making it less dependant on the government water supply.
Posted by Marianne de Nazareth at 02:53