When young generation put the elder one to shame

While elders turn their back on the crucial issue of conserving water, children show the way to larger society. The state of Kerala in India, which is called the God’s Own Country for its picturesque landscape, is facing one of the severest droughts in its history with the last monsoon season letting it down giving sparse rains. Yet, the state witnesses indifferent attitude from responsible authorities towards water conservation while young children come out to spread the message of keeping pristine water sources intact. Two key events took place in March second week which highlighted this ahead of the World Water Day.

The two contrasting attitudes were exposed in Kochi, the business capital of Kerala. On the one hand the higher-ups at Cochin Port Trust, the maritime gateway to Peninsular India, which is headquartered at the picturesque Willingdon Island in Kochi, resorted to filling up a large rainwater harvesting unit built by the civic body Kochi Corporation on the island by spending Indian Rupees 7 lakh, it was reported in the local media. 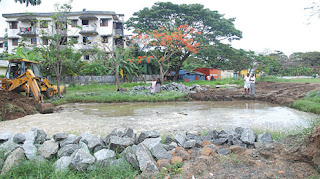 The rain water harvesting unit had a length of 15 metre and a width of 12 metre and was in the shape of a pond. It was created to cater to the drinking water needs of those in the area. Interestingly the Kochi Corporation councilor from the area was reported as saying that the project was not opposed by the CPT authorities when it was launched. But they later came out to forcibly fill the pond. This resulted not only in the loss of Rs 7 lakh to the exchequer but also a precious source for drinking water to the city. Despite protests from the councilor and several organizations, the CPT, a central government supported body, is sticking to its posture.

However, giving enough signs that all hopes are not lost, over 20 students of Kuttamassery Government High School, near Aluva, some 17 km from Kochi city, who were led by four teachers and the Parent-Teacher Association president and also environmentalist Prof S Seetharaman, came out with a long art procession from the school on March 9 through the heart of the city covering more than 25 kilometres to spread the message of conserving drinking water sources. 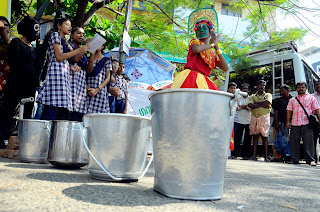 Their approach was to attract the public and create awareness on the crucial situation of scarcity of drinking water in the once rain rich Kerala state. Through  ‘Ottam Thullal’ (a traditional art form) a few of them performed, they highlighted how most of the drinking water sources are polluted by the public, industries, local bodies etc. They also depicted how the major drinking water source of the city, the Periyar river, has how been polluted.

The students described that most of the wet lands, mangroves, rivulet, paddy fields, small hills which are repositories of water has been mercilessly destroyed nowadays in the name of development.

They emphasized that harvesting of rain water must be a practice to combat scarcity of water. The alarming mosquito menace also was highlighted.
Posted by International Rainwater Harvesting Alliance at 08:21 2 comments: 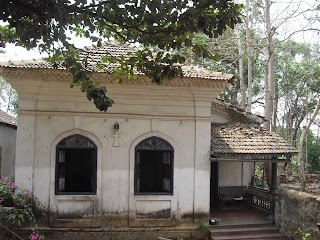 In my little village of Pilerne in Goa stands our 300 year old family house. I have gone there since I was a child to spend many a happy and hot summer vacation. The house is built in two parts. The back was the original old house which in the old days had cow-dung floors and a thatched roof.Then my grandfather went away to Africa, to Nairobi where he made his fortune, married a rich woman, my beautiful grandmother and came back to India. He then built the top part of the house which was more modern and had beautiful french windows but was built in the Portuguese style with terracotta tiled roofs. I never noticed the rain water harvesting pipe which he fixed to the front porch roof which collected the run off and let it fall and percolate in the open area on the side of the house. Do look at the pipe. It still stands today and I realised that in his own way he was being an advocate of RWH in the 20's! 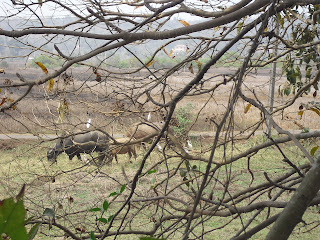 The village is green and literally is in the arms of paddy fields which spread themselves infront of the house. See the pictures. In the pictures the fields are dry and bare cause the harvest is over, the paddy is taken in and the fields are left fallow till the rains arrive. The cows and buffaloes are left to graze in these fields and their dung also helps to manure the fields. 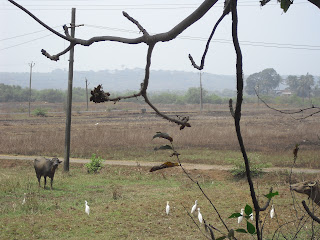 Pilerne is a very green village and that is because of the tree cover which thankfully still remains. Fresh water is not a problem at all, and the shallow wells which are found in every home in the village, get full with rain and are always sweet and potable. We are concerned that at some stage when land sharks start looking at the paddy fields which for now are perfect Rain Water Harvesters, we will face problems of fresh water in the village. 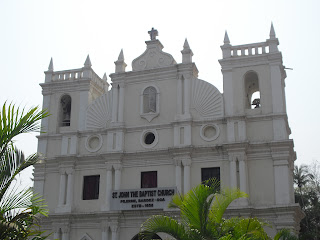